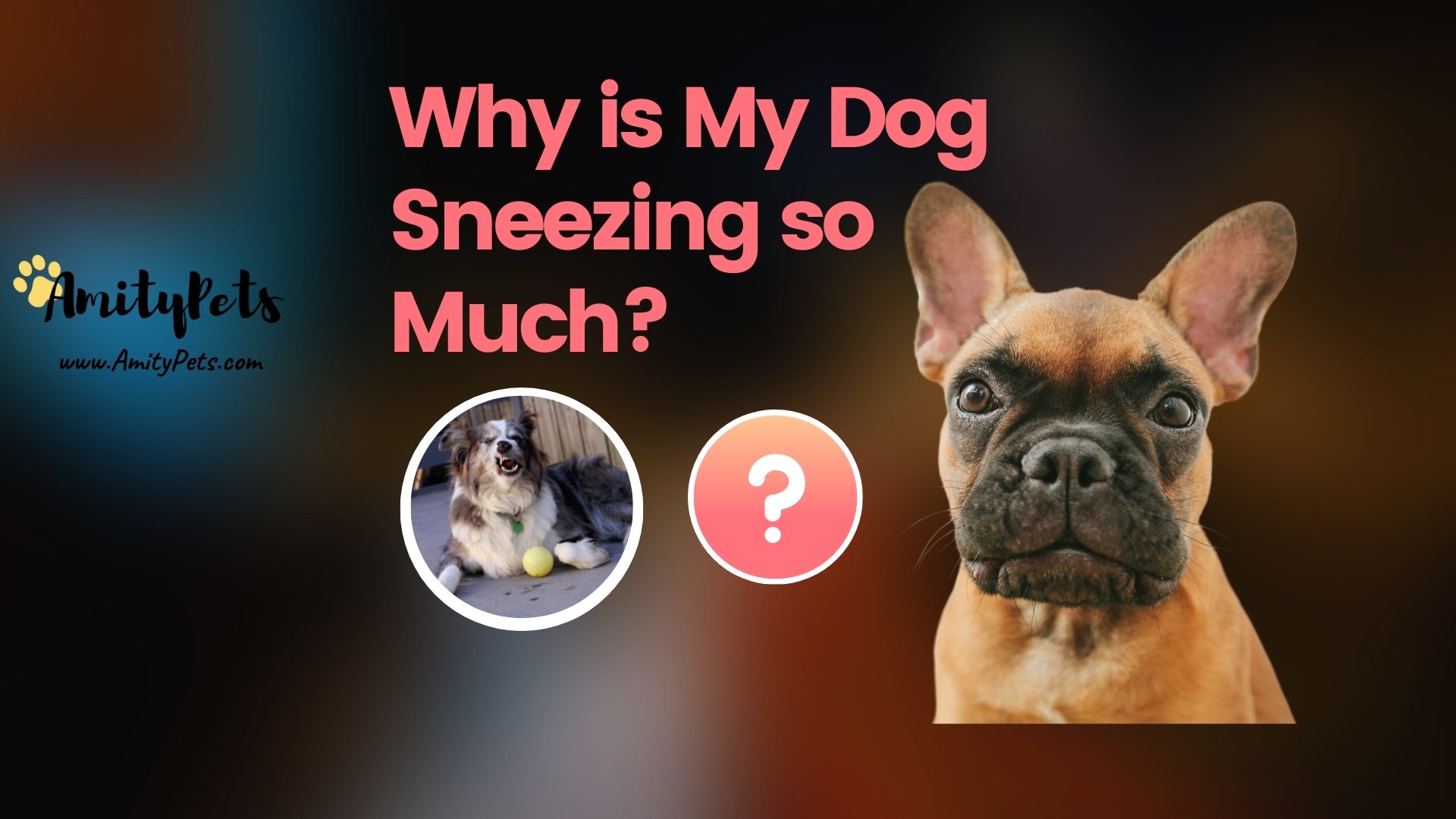 Dogs are susceptible to many of the same ailments humans are, including allergies and sicknesses that cause sneezing. An occasional sneeze is probably nothing to worry about but there are some signs that a sneeze is more than it seems.

If your dog has a tendency to sniffle and sneeze, keep reading to find out why!

An occasional sneeze here or there is unlikely to be a big issue. However, if your dog is prone to sneezing fits or excessive sneezing, you should make an appointment at a vet clinic.

What Makes a Dog Sneeze?

According to experts, dogs most often sneeze for the same reason that humans do. An irritation of their nasal cavity can trigger normal sneezes.

The cause can be as simple as a foreign body in the nose. Some common foreign objects include:

Why Do Dogs Sneeze?

A sneeze is the body’s way of getting rid of these common irritants. One or two sneezes are normal.

It’s when your dog starts to exhibit signs of chronic sneezing that you may have an issue such as a nasal infection.

What is Reverse Sneezing in a Dog?

According to experts at PetMD, reverse sneezing is a series of short, sharp inhalations. It often sounds like honking or snorting.

A reverse sneeze can also sound somewhat like coughing, so double-check if you’re concerned.

What Causes Reverse Sneezing in a Dog?

If your dog has frequent bouts of reverse sneezing, it can be a sign of allergies. If not allergies, you may need to check for foreign objects that are trapped.

Reverse sneezing rarely needs professional treatment. You can help your dog stop by encouraging it to swallow.

However, you will want to see a vet if it becomes a chronic condition.

If your dog starts sneezing frequently, there are a few things to check before you panic.

If your dog is sneezing during play, check to see if there are any other issues. If there’s no wheezing or nasal discharge, it’s probably a play sneeze. No need for you to worry.

Dogs can have allergies just like you. Allergic reactions generally involve a lot of sneezing.

Common symptoms of allergic reactions include:

If your canine pal is exhibiting these symptoms, consider possible allergens. A vet can help identify any environmental allergies or seasonal allergies.

Once that’s sorted out, they can give you the proper medicine to make your dog more comfortable.

Note: Food allergies can develop at any time. Experts say they usually involve the protein source in your dog’s food, but not always.

Mites and Other Tiny Insects

Small insects like dust mites and canine nasal mites can also be a problem.

Dust mites are a common problem. If your dog likes to dig or play in the dirt, they might have dust mites in their nasal passages.

These can also be picked up from outdoor activities like digging in the dirt. Nasal mites often cause irritation and inflammation in a dog’s nasal passages.

Aside from sneezing, nasal mites can cause other issues. The most common is a thick nasal discharge. In severe cases, there may even be bloody discharge from your dog’s nose.

Dogs can also experience reactions to common pests like fleas. Whatever pest may be affecting your dog, a quick trip to the vet can get it cleared up with ease.

Allergies, mites, and small objects can be irritations for you and your dog. However, they’re all common causes for nasal issues, and fairly easy to treat.

Unfortunately, not all dog sneezes have such benign origins. Sometimes, sneezing can be a symptom of more serious medical issues.

Listed below are some issues that might require more extensive care. All of these can include prolonged or excessive sneezing as a symptom.

Infections come in many forms. Animal experts all recommend that you don’t try to handle them on your own, due to the wide variety of possible causes.

Common subsets of infections include:

If your canine companion has an infection, you definitely want to get it treated quickly.

If you see any of these symptoms, get your dog to the vet right away. Catching an infection early is the best way to prevent any later medical problems.

Experts, such as the American Kennel Club, say there are a couple of different strains of canine flu to watch out for.

It’s important to observe recommended treatment and quarantine procedures if your dog has the canine flu.

Treatments vary according to the severity of the case, but there is no cure. If your dog has the flu, you’ll need to help them through with time, patience, and loving care.

Canine influenza has similar symptoms to other infections. It can also be similar to kennel cough.

That’s why you need to see your vet immediately if your dog presents any of the following symptoms:

According to experts within the VCA, cancerous tumors tend to be more common in older dogs. If your dog is 7 years old or older, you may want to have them checked for nasal tumors.

Advanced tumor growth can also cause seizures if it reaches the brain. Treatments will vary according to the severity of the case.

The sooner it’s caught, the easier it’s likely to be on you and your dog.

The main symptoms, aside from sneezing, include:

Symptoms can vary from a mild cough to severe pneumonia. Fortunately, there is a vaccine you can get to lessen the risk of kennel cough for your dog.

This is a condition suffered by some breeds of dogs. Brachycephalic dogs are also known as flat-faced dogs.

A combination of narrow nasal passages and other conditions results in difficulty breathing.

If your dog is experiencing these symptoms, surgery may be necessary. Consult a vet or veterinary surgeon about the possibility of your dog having Brachycephalic Syndrome.

Dogs can sometimes experience asthma just like you do. If your dog has asthma, the severity of the condition will determine what steps need to be taken.

If you have concerns about asthma symptoms in your dog, consult a vet.

What Dog Breeds Are More Susceptible to Sneeze Related Issues?

Respiratory problems can affect dogs of any breed. However, there are some breeds that are more likely to have issues. In particular, those dogs from known brachycephalic breeds.

Brachycephalic dogs are also known as flat-faced dogs. Many of them have been bred for certain features, which contribute to their risk for breathing issues.

While these breeds are historically more likely to have problems, it isn’t a certainty. Many dogs have flat faces that live long and healthy lives.

Brachycephalic issues aside, there aren’t really that many differences across dog breeds. At least, not in relation to their sneezing.

Is Age a Factor in Sneeze-Related Dog Health Issues?

Age is a factor when weighing issues with your dog’s health.

Younger dogs and puppies may be hit harder by infections. In particular, things like canine influenza or kennel cough can be more dangerous to younger pups.

A younger pup is more likely to ‘play’ sneeze due to excitement. They’re also more prone to activities that result in getting foreign objects in the nose.

If you’ve got a young pup in the family, sneezing might just be a side effect of too much enthusiasm.

An older dog may have increased sneezing due to allergies. Allergic reactions can often be treated with simple measures, like canine allergy medications and slight alterations in the environment.

Is Size a Factor in Sneezing-Related Dog Health Issues?

Opinions are mixed as to whether size matters. Any breed of dog can suffer from a sneezing fit for a variety of reasons.

Due to this, it’s hard to say if there are size correlations to common respiratory ailments.

However, it is a fact that most flat-faced or brachycephalic breeds are small dogs. Some experts also say that smaller dogs have increased respiration, and therefore increased risks.

On the other hand, a larger dog has larger nasal passages. Which means more room for foreign irritants to cause irritation.

Based on the considerations of experts, it may not be the size of the dog overall that matters.

Rather, the size, shape, and condition of the dog’s nasal passages may be the critical factor.

So the next time you’re considering the risks of sneezing fits, you may want to look at the nose.

Can You Give Your Dog Benadryl?

It isn’t recommended that you give your dog any medication without the advise and consent of a trained veterinarian. There is a chance your dog may not react well to it.

How Do You Know if Your Dog’s Sneezing is Excessive?

Some experts say sneezing for longer than 30 seconds, or several times a day is a potential warning sign.

Are There Home Remedies for Sneezing Issues in Dogs?

Some experts recommend a humidifier or saline nasal drops (ask your vet first). Other remedies include rest and cooler temperatures.

Is There Anything You SHOULDN’T Do for Your Dog’s Sneezing?

You should always consult a veterinarian expert before giving a dog over-the-counter medicine.

Keep in mind that some medicines, like Vicks, are potentially poisonous and should NEVER be used.

There are a lot of reasons for dogs to sneeze. Some of them can be quite serious and indicate a weakened immune system. As a dog owner, you want to be aware of the possibilities!

You also want to watch for additional signs of risk to your dog’s health.

However, a sneezing dog isn’t necessarily a bad thing. As with humans, it’s rarely a big deal. Just make sure your dog has frequent baths and regular vet visits.

That way, if your dog has the occasional sneeze, you probably don’t need to worry. 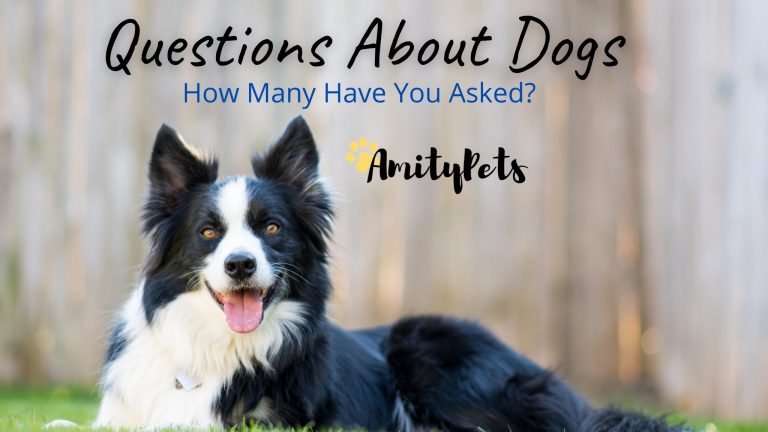 This may be the most fun and interesting article you have ever read if you are a dog lover! Your dog! Man’s best friend! Dogs have been domesticated and selectively bred for thousands of years. They have enhanced the lives of humans in countless ways.  They are companions. They work doing dangerous jobs, such as… 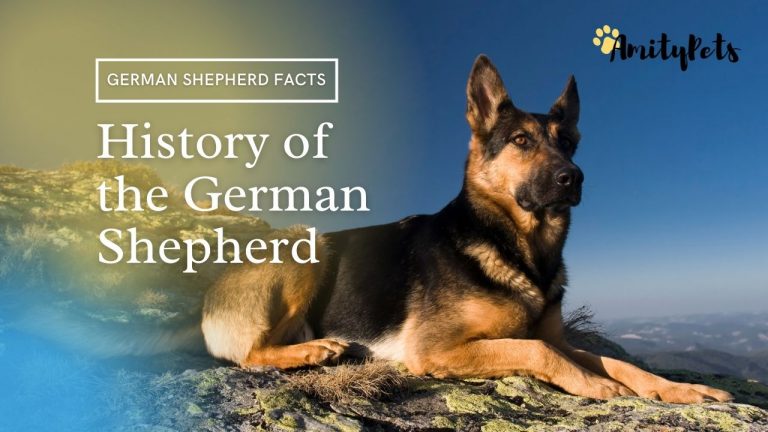 Everyone who loves dogs is a fan of the spectacular German Shepherd! But have you ever wondered the story behind these amazing dogs and how they came to be? I did and the following is what I found out! So read on for a fascinating story! In the late 1800’s a German military officer named,… 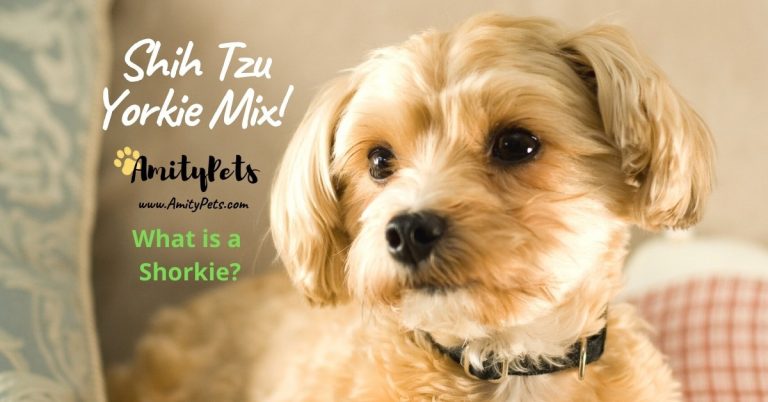 The Shih Tzu Yorkie mix (Shorkie) has filled the hearts of many despite their tiny size.  The Shorkie is a mix between a Shih Tzu and Yorkshire Terrier. This small and relatively new designer dog breed is becoming very popular. Their lively nature and loyal temperament make them great companion dogs. Other than their need… 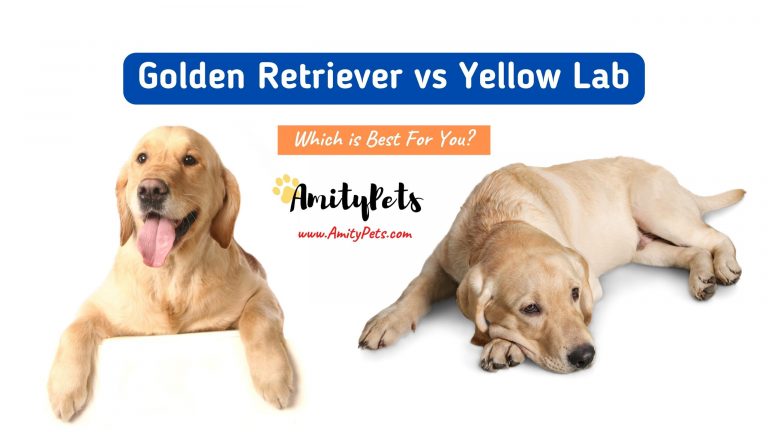 Finding the right dog for your home is important. Everyone has a different situation and taking the time to research the dogs you are interested in makes good sense.  Many people are intrigued with the Golden Retriever and the Yellow Lab as great family pets. These two dog breeds top the list of popular dog… 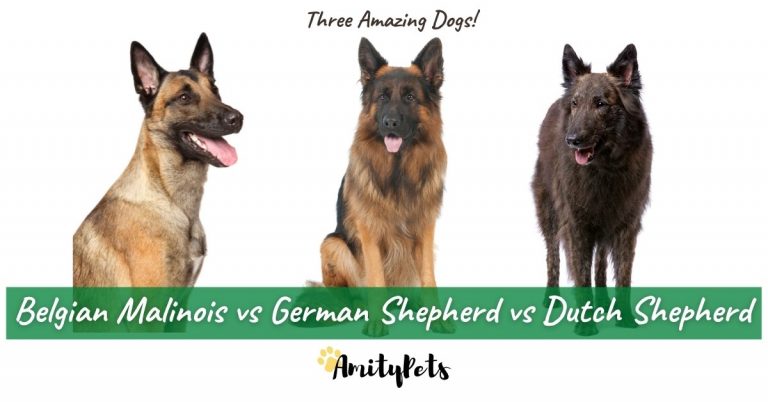 Dutch Shepherds, German Shepherds, and Belgian Malinois have some significant differences between them. All three are working dogs that are regularly used by the police, the military, and farmers. Each has its own unique colors and personality traits. They are all big, muscular dogs, but they wear different coats. Read below to find out additional… 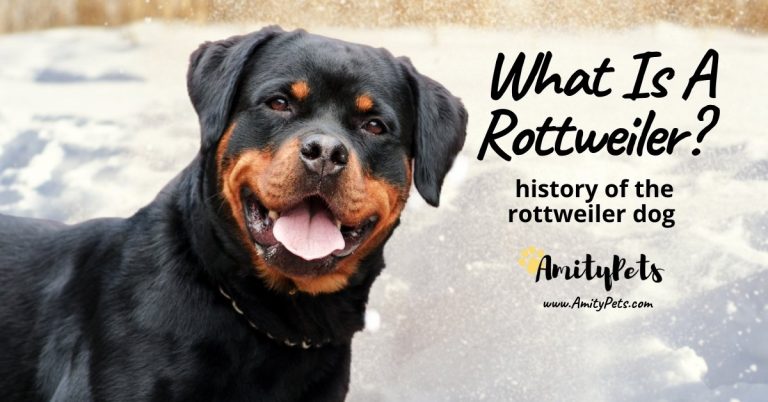 The Rottweiler is a working dog originally bred to herd and guard livestock and work as military dogs. Its modern-day usage as a guard dog has led many people to believe it is a ferocious dog. While Rottweilers do have natural protective instincts many people feel they make a loving family pet if handled with…